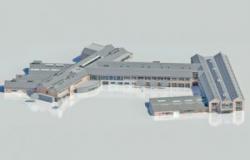 Mattest Belfast have been awarded the materials testing contract with Woodvale Construction, on the development of the new school for Strabane Academy. The project is planned to be completed by June 2021.

The new academy will provide a two storey building providing a state-of-the-art post primary school with classrooms and support accommodation in accordance with the recommendations of the Department of Education’s Building Handbook. The new build will accommodate 700 pupils aged between 11 to 18 years.

Mattest Belfast have been selected by Graham-Bam Healthcare Partnership to carry out all the materials testing of the redevelopment project to construct a new maternity unit on the Royal Victoria Hospital complex.

The new hospital unit will provide the future for Maternity Services in Belfast. The new Midwife Led Unit will have en-suite rooms, each with birthing pools. It will provide the safety of a hospital in a homely setting. The delivery suite, obstetric theatres and the neonatal intensive care unit will all be based on one floor with easy access between one another. 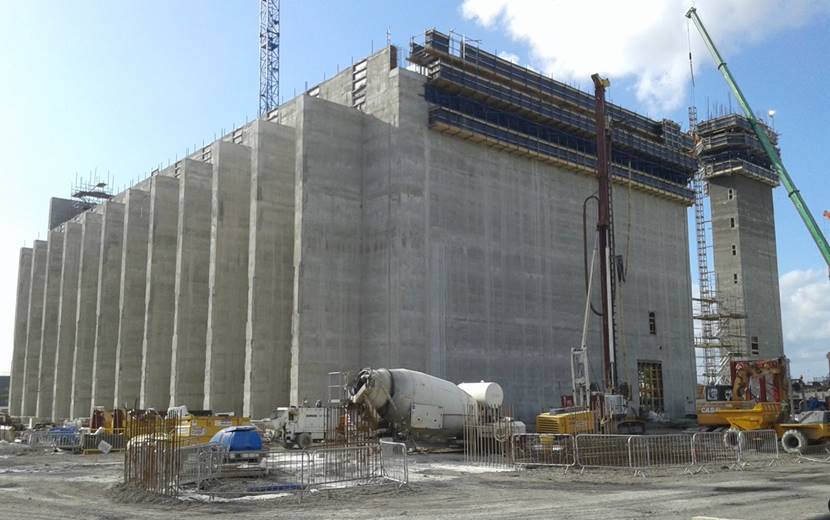 Mattest Dublin completed testing for a number of contractors engaged in the construction of the Dublin Waste to Energy facility, the facility converts waste that cannot be reused or recycled into clean energy.

A6 Dualling - Randalstown (M22) to Castledawson

Mattest Belfast have been awarded the contract for all of the materials testing for the A6 dualling project, Randalstown (M22) to Castledawson. The project will see the upgrade of the A6 up to dual carriageway standard from Randalstown to Toome, and from Toome to Castledawson. The extensive 12 km project began in May 2017 and the two sections of the works are due to open in 2019 and 2021 respectively.

The Mattest Dublin laboratory has been contracted by the construction contractor J. Sisk & Son to provide the materials testing contract for the new Capital Dock living space and contemporary office building in Dublin.

The 4.8 acres Capital Dock introduces a unique, campus-style working environment to the Dublin City Centre. Built in a single phase the scheme enhances working life through its thoughtful balance of property types and open spaces and its pivotal positioning at the head of two transformational new Docklands bridge connections. Rising to 23-storeys, The Hailing Station apartment building will be a defining feature of the Docklands skyline, treating its residents to sublime views.

Mattest Dublin, are delighted to have been chosen to provide a construction materials testing service for the Lexicon Library in Dun Laoghaire, Co. Dublin. The building was constructed by John Sisk and Son.

The Lexicon Library was the overall winner in the building category at the Irish Concrete Society awards in 2016.

Constructed in Dun Laoghaire overlooking the sea the new library opened its doors in March 2015. The DLR Lexicon as it is now called includes a café, gallery, small auditorium space, crafts spaces, a local history library, 100 parking spaces and a children’s library. 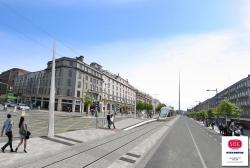 The Mattest Dublin laboratory have recently been awarded the materials testing contract for the new LUAS Cross City Scheme in Dublin. Sisk Steconfer JV are the design and construction contractor for the new 5km light rail line project which runs from St. Stephen’s Green to Broombridge.

The €368 million contract which links the exiting Red and Green LUAS lines will provide a superior transport service to the city centre and north Dublin city.

The LUAS Green and Red Lines commenced operations in 2004 and LUAS currently consists of 54 stations and 36.5 kilometres of service track.

Mattest were involved in the enabling works for the project which required the relocating of utilities and the construction of the Rosie Hackett Bridge over the River Liffey. 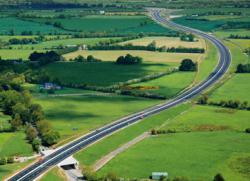 Mattest complete the testing contract on the M3 Clonee – Kells Motorway which is the single longest road project ever to be constructed in Ireland and officially opened in June 2010.

The M3 PPP scheme forms part of the National Primary Route Network, providing a strategic link between Dublin and the north-west region. The new build M3/N3 mainline route is 61km long and replaces an existing single carriageway that was operating at capacity and beyond.

The Main contractor was Eurolink.

Mattest serviced the testing from a dedicated site laboratory which we set up on site in Dunshaughlin, with support offered from the three permanent laboratory facilities in Dublin, Cork and Belfast. 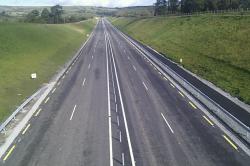 Mattest commenced testing in May 2009 on the 5.4km bypass on the western side of Castleisland town linking the N23 Killarney Road to the N21 Limerick Road. The main contractor was BAM Civil. The road was opened on 22nd October 2010. 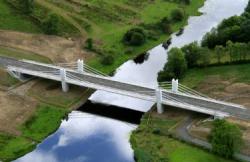 Mattest have been awarded the construction materials testing service on the N3 Butlersbridge to Belturbet Road Improvement Scheme in Co. Cavan which comprises the construction of 6.7km of standard single carriageway by-passing Belturbet town and with a major river crossing of the River Erne. The scheme includes five at grade junctions, realignment of side roads and two major bridge structures.

Mattest are pleased to announce that we have commenced testing for BAM Civil on the N22 Tralee Bypass in August 2011.

The scheme consists of two sections:

A 5.5km Standard 2 lane access route from the new bypass to the N22 Killarney Road including 3 at-grade junctions and 1 road underbridge.

Mattest commenced testing in January 2012 for Siac Construction on the N4 Downs Grade Separation at Mullingar. The contract involves the closing off of nine median median openings on the existing dual carriageway and the provision of one grade separated junction to accommodate a junction with the Regional Road R156.

Mattest have been subcontracted by Siac Construction on the M1 Swords Improvement Scheme. The M1 is having extra lanes added from Drynan (J3) extending as far as the Swords/Donabate interchange at Lissenhall (J4). Motorists travelling to and from Balbriggan, Skerries, Donabate, Rush and Lusk can expect to see their journey time reduced dramatically each way, as they use the M1 to and from the airport and the city centre.

The Swords/Donnabate junction is also being upgraded.

Most tests to British, Irish and European standards can be carried out on construction materials.

We can provide services for concrete, aggregates, bituminous mixes, soils and non-destructive tests to name but a few.

Latest From Our Blog

Mattest are pleased to announce that they are one of 60 companies across the island of Ireland to participate in the All-Ireland Pollinator Plan 2015-2020.

Mattest Belfast have been awarded the materials testing contract with Woodvale Construction, on the development of the new school. The project is planned to be completed by June 2021.

Mattest Belfast have been selected to carry out all the materials testing of the redevelopment project to construct a new maternity unit on the Royal Victoria Hospital complex.

Mattest Dublin completed testing for a number of contractors engaged in the construction of the Dublin Waste to Energy facility.

A6 Dualling - Randalstown to Castledawson

Mattest Belfast have been awarded the contract for all of the materials testing for the A6 dualling project, Randalstown (M22) to Castledawson.

Mattest Dublin, are delighted to have been chosen to provide a construction materials testing service for the Lexicon Library in Dun Laoghaire, Co. Dublin. The building was constructed by John Sisk